A New Majority: Low-Income Students in the South’s Public Schools

2007 – The report details how low-income children constitute a majority of the students in the public schools of the South, and that the South is the only region in the nation where low-income students are 50 percent or more of public school enrollment.

The report shows that that the South’s new majority of low-income learners are the region’s students who lag far behind wealthier students in early childhood education, academic achievement, and graduation rates while the region provides them the nation’s least educational support. The South already has the nation’s largest population of adults lacking a high school or college education. SEF’s report calls educating low-income students “the most important challenge that the region and perhaps the nation will face in the early 21st century.” 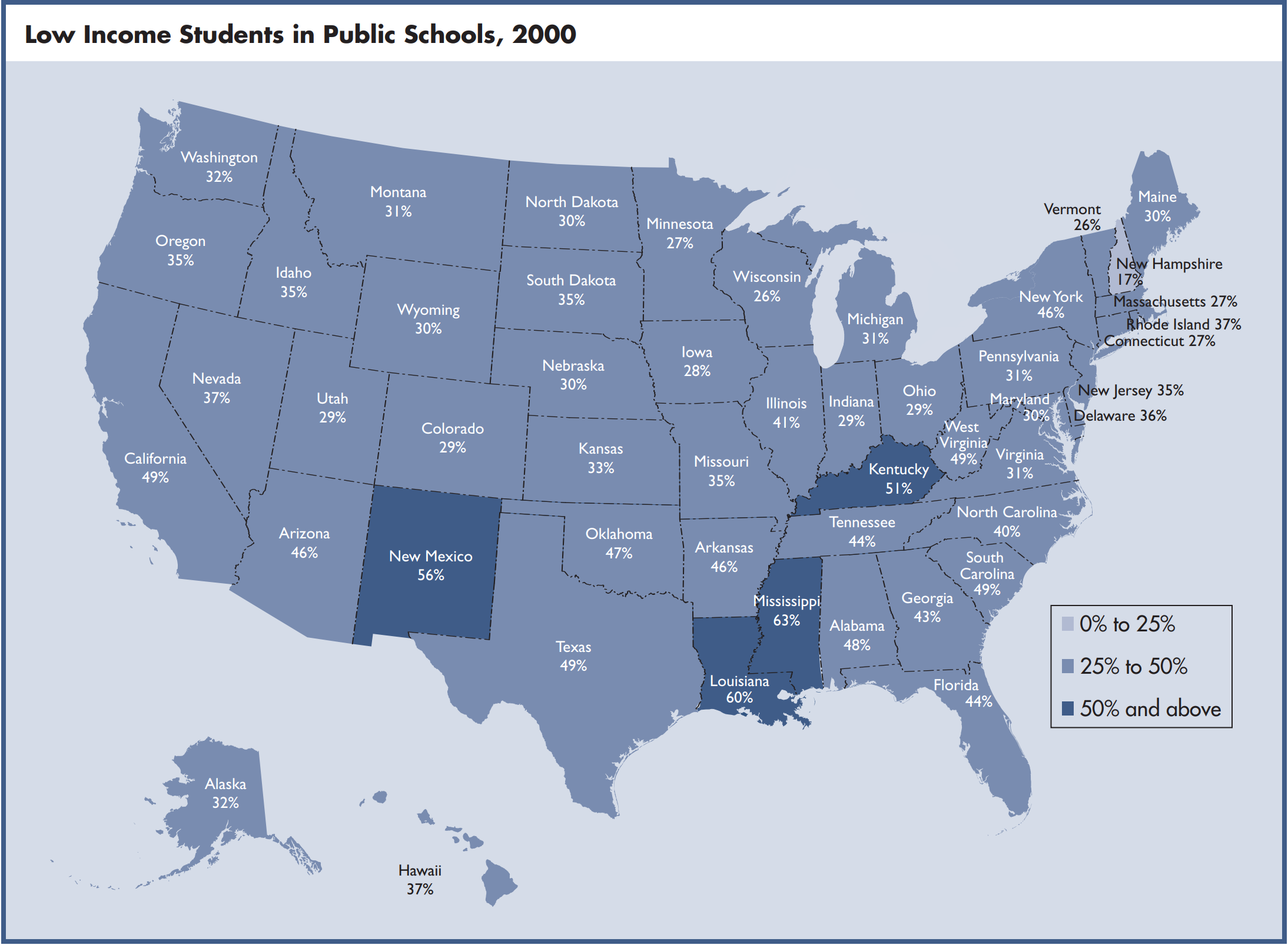 No Time to Lose: Why America Needs an Education Amendment to the Constitution