Profiles of the South's 2022 Candidates for Governor, State Superintendent

A New Majority Update: Low Income Students in the South and Nation

2013 – A New Majority Update: Low-Income Students in the South and Nation finds that children from low-income families are a majority of students in the public schools of 17 states across the nation – and 13 of those states are in the South. The report warns that this continued trend in both the South and the nation raises the prospect of “entrenched, inadequately funded educational systems that enlarge the division in America between the haves and have-nots.”
In addition, the SEF report finds:

These findings update a 2007 report released by SEF, A New Majority: Low Income Students in the South’s Public Schools. It documented how students from low-income families had become a majority in the South’s public schools for the first time in more than four decades. 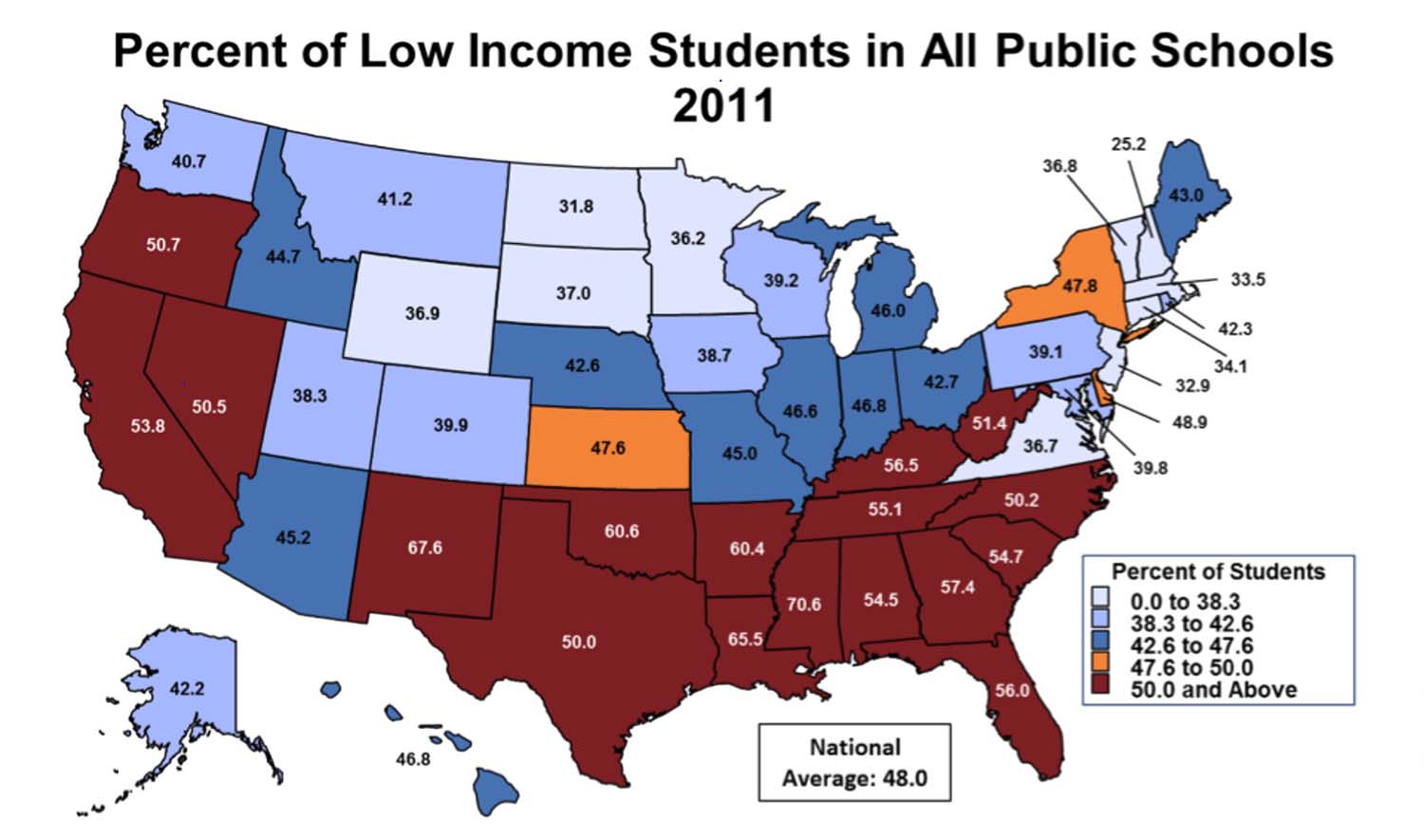 “Without fundamental improvements in how the South and the nation educate low-income students, the trends that this report documents will ricochet across all aspects of American society for generations to come.”

Education During the COVID-19 Pandemic