In 40 of the 50 states, low-income students comprised no less than 40 percent of all public schoolchildren. In 21 states, children eligible for free or reduced-price lunches were a majority of the students in 2013. 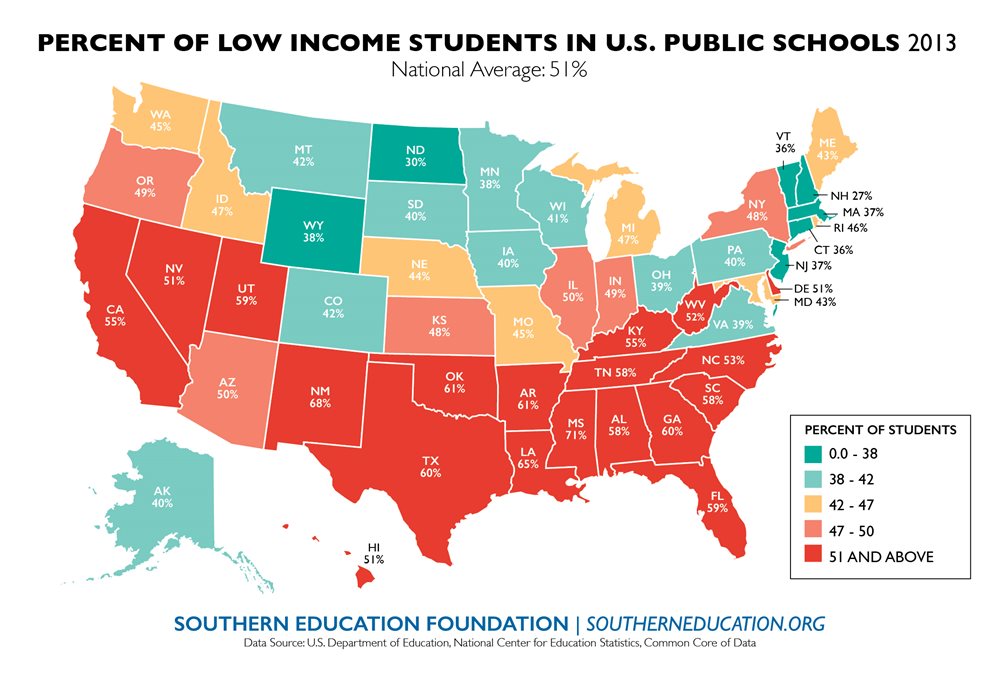 This defining moment in America’s public education has been developing over several decades, and SEF has documented the trends and implications in two prior reports. In its 2013 report, SEF Vice President Steve Suitts wrote:  “No longer can we consider the problems and needs of low-income students simply a matter of fairness…  Their success or failure in the public schools will determine the entire body of human capital and educational potential that the nation will possess in the future. Without improving the educational support that the nation provides its low-income students – students with the largest needs and usually with the least support — the trends of the last decade will be prologue for a nation not at risk, but a nation in decline…”

“Education is for improving the lives of others and for leaving your community and world better than you found it.”